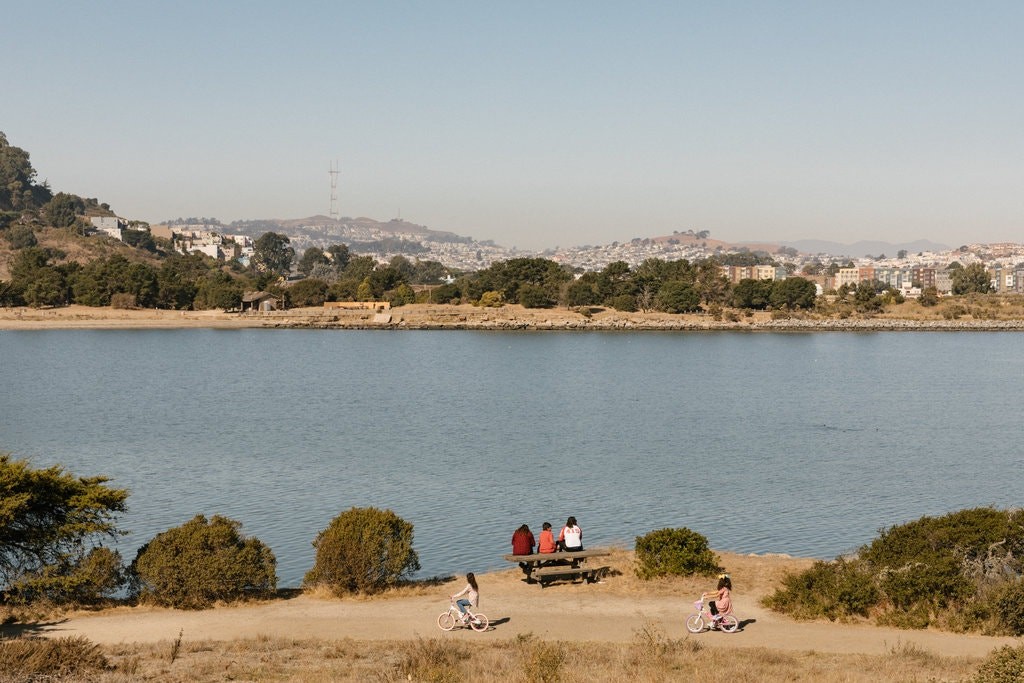 A 17-Mile Hike to unite San Francisco. A motley alliance decided a single trail could unite this divided city. A sixth-generation native sets out to walk it.

I was feeling down on my hometown, a fractured city of appalling inequality out of which has sprung an industry that’s contributed to the ruin of our country — and also, probably, my mind. The quirky tech scene had soured, while the houses had gotten grander and the homelessness more brutal. My family has been in San Francisco for six generations, but maybe with me it would be done.

It was in this state that I stumbled on something unusual: a new crosstown trail, a 17-mile hike cutting across the whole of San Francisco.

I looked at a map. The route sweeps up hills, through working class and wealthy neighborhoods, connecting new trails, community garden corridors, state and local parks, stairways, hidden pathways along chain-link fences and two waterfronts. It crosses from the city’s southeast corner to its northwest. And it seemed to arrive almost like tech: out of nowhere, fully formed, right on top of familiar territory.

Bob Siegel, 79, was the driving force behind the creation of the Crosstown Trail. Jason Henry for The New York Times

Cue sheets for the trail are online at CrosstownTrail.org — there’s also an app that guides a hiker in real time. The trail is sanctioned by the city and was loosely outlined in the Recreation and Open Space Element of the San Francisco General Plan, adopted in 2014, but the exact route was only chosen a year before it opened. Its creation was not the work of city officials, but of volunteers and activists who came together behind this vision. There are very few actual signs of it on the ground. The map is an app.

When I finally got a hold of the man behind it, 79-year-old Bob Siegel, he was wary.

Typical NIMBY not wanting anyone new to join in, I thought. But a trail is probably a story, and I needed a byline. So here I was, in a sour mood, coming to ruin it more.

“I take it you’ll go and write about it even if I tell you not to?” Bob asked.

The trail begins at Sunrise Point in the Candlestick Point state park, in one of the city’s last black neighborhoods. Jason Henry for The New York Times

Around 8 a. m., I meet Bob, his wife, Pat Koren, and their one-eyed Border collie, Dixon, for a coffee in the Mission, where we all live. A Latino neighborhood, Irish before that, the modern Mission has been the heart of the city’s gentrification battle. Bob and Pat have gray hair, matching well-worn backpacks and bring their own mugs.

Bob and I take a Lyft out to the start of the trail: Candlestick Point, a state recreation area in one of the last black neighborhoods of San Francisco.

It’s a hot sunny week, the start of San Francisco summer, which comes for us in the fall.

Bob walks with a springy step over a pizza box and past a laundry hamper to the water. The view from the edge of Candlestick Point is of the San Francisco Bay, sailboats, fishermen, and the city’s southeastern coast, where developers are battling old military waste to put in more housing.

A few people are fishing, some kayaking. It smells of sulfur. A flock of pigeons lands, and Bob stops. Pigeons, he says, need to be appreciated.

“Most people hate pigeons, but if you observe them closely they’re beautiful,” he says, pointing out a white feather and an interesting speckle pattern. A minute later, we see a sickly looking skunk come out from behind a rock, and Bob is thrilled. A newish shipwreck is probably a drug boat, he says, with amazement. He makes me stop to watch a squirrel.

“How many times do you see squirrels in San Francisco? Not that many times!” he answers before I can say, “pretty often.”

He’s not a naturalist — something is chirping and neither of us can identify whether it’s a bird or an insect or electronic — but he likes the sound.

“Go, Dubs!” he shouts at someone walking by wearing a Warriors hat.

We have a long walk ahead, but he keeps making us stop to talk to strangers and watch completely mundane rodents, and I start to give in to this spry older man and his trail.