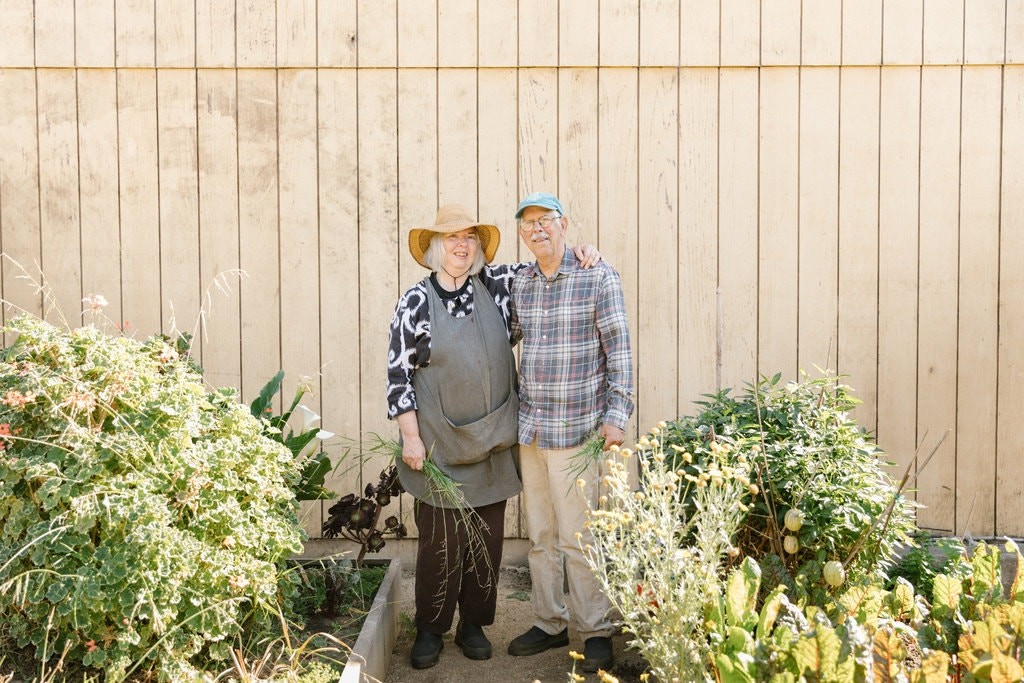 Fran Martin, 74, and Jim Growden, 75, are volunteers in the Visitacion Valley Community Garden along the Crosstown Trail. Jason Henry for The New York Times

We grab coffee and trail maps at Mission Blue, opened by Kellie McCord in April. She sees about 30 trail hikers every Saturday, she says. I hope they buy some of her homemade banana bread.

The Mission Blue cafe offers hikers a respite in the Visitacion Valley portion of the Crosstown Trail. Jason Henry for The New York Times

These three are the first of the many Crosstown activists I meet on the trail with Bob, who has assembled a determined alliance — a retired specialist in hazardous materials, a naturalist, a Googler who cashed out to make trails full time, hordes of bushwhacking mountain bikers, gardeners, and Bob’s old friend, a cartographer — who decided that what this divided city needs is one long trail.

“Every park could have been money,” Bob says. “Every trail was a fight.”

I’ve felt powerless watching the city’s life unfold this decade. The street scenes of homelessness and the fact that I walk past them — people are in pain on the sidewalk as I go to work, to coffee, on a date — is horrific.

The sidewalks are where our inequality plays out. They are where the homeless camp and where residents recently installed boulders to block them and where start-ups dropped hundreds of scooters overnight.

Part of what has made me angry is the way this inequality isolates us from each other. I lived in Johannesburg after college, and this place now reminds me of that one. Private security is on the rise. There are guards outside my grocery store and my sushi restaurant. Our unbalanced new city teeters.

And yet when I start hiking through the first of six community gardens, I see what a good city remains and how it could come back. I cannot help but feel the truism: Cities are made by people, often just a few very determined ones fighting small, decades-long battles, block by block. I realize that while they have fought, I’ve been submitting.

Each garden is run hosted by different members of the neighborhood, mostly middle-age volunteers, women who offer up plums and flowers as we cut through. This portion is a highlight of the trail. I imagine taking my mom, who loves to garden. The blocklong gardens have different themes — this block edible fruits, that one native plants, community plots, a children’s garden.

Mr. Growden, an artist who recently retired from a career disposing of hazardous material for the city, used metal provided by the city’s waste facility to make the iron gates at the entrance of each garden. He bent intricate floral patterns and butterflies in the heavy iron.

We snack on sungold tomatoes and ground cherries. Bob drinks from the hose even though Fran tells him not to.

Anne Seeman runs the second to last garden and was a founder of the greenway, which includes plants that immigrant families in the neighborhood bring from home — pink corn from Mexico, quinoa from Peru, a lot she can’t identify until they flower, and, even then, sometimes she’s not sure.