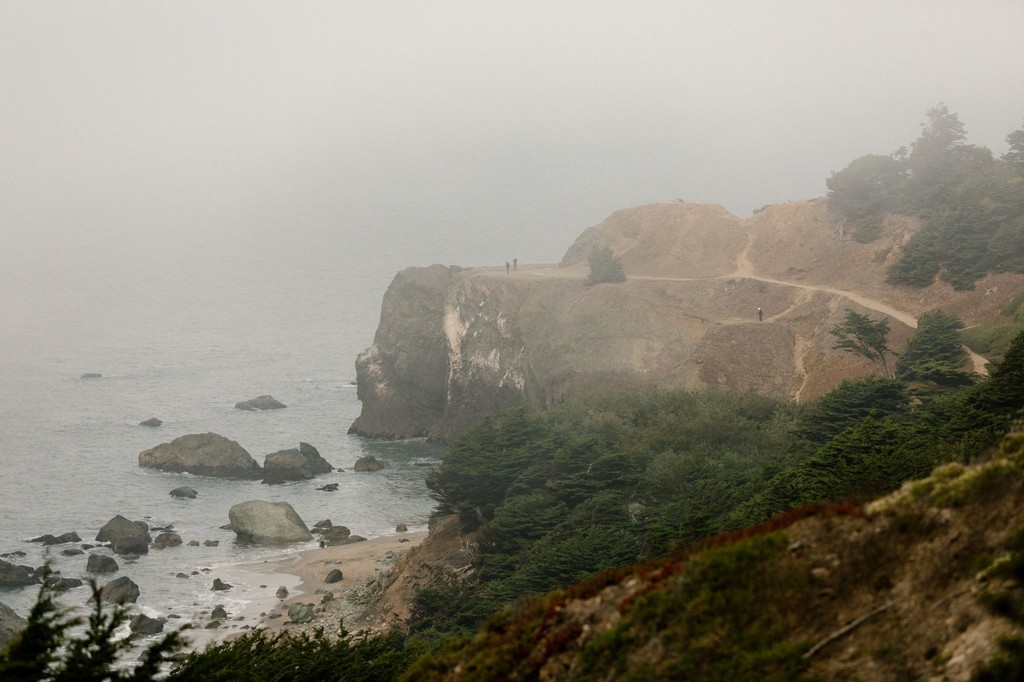 When the fog clears, the Lands End portion of the trail offers the best view of the Golden Gate Bridge. Jason Henry for The New York Times

While hordes of tourists walk to the base of the Golden Gate Bridge or (I have no idea why) across it, those in the know take the left toward Lands End, which gives the best view of the bridge anyway, because it is the bridge in context, launching out of the expanse of Marin Headlands green, soaring absurdly red across the Bay, and diving down into the city. And that’s only looking in one direction — the other direction you’ll see jagged cliffs that rival Big Sur’s beauty.

When I wanted to make sure my New Yorker girlfriend fell in love with my city, this is where I took her. It’s where Bob performed the marriage of his son and daughter-in-law.

The booths at Louis’ Diner offer some of the best views in town. Jason Henry for The New York Times

We cross by the Sutro Baths, once public saltwater pools built by the tycoon Adolph Sutro, now iconic ruins.

Here’s one last tip: If it’s open, go to Louis’, a humble-looking diner whose booths offer a view that’s so good it will make you laugh. It was closed, so we went to Beach Chalet, a brewery just a few blocks down the beach.

The Crosstown Trail is a walk across a broken city created by people who believed they could put it back together. In a day, I visited more neighborhoods than I had in 31 years. I think of the gifts to a city one ornery life can give.

A daylong hike will bring you to sunset at Lands End. Jason Henry for The New York Times

At the brewery, Bob orders an I.P.A., and we’re joined by his cartographer buddy Ben Pease. Bob is proud of the Crosstown Trail, but his life’s work has been the much longer and harder Ridge Trail, which he hopes will ultimately be a 550-mile path ringing the whole of San Francisco Bay. Currently about 380 miles of it are open, and as we’ve hiked he’s told me stories about it — a three-year battle for a mile here, a supervisor slowly convinced there. Bob, remember, is 79 years old.

“It’ll happen in your lifetime, not mine,” he says.

“But,” Ben interjects, “It’s this thought of longevity that got you to open the Crosstown Trail in a year. I kept saying, ‘Bob we’re gonna get in trouble.’”

Bob gets a kick out of this.