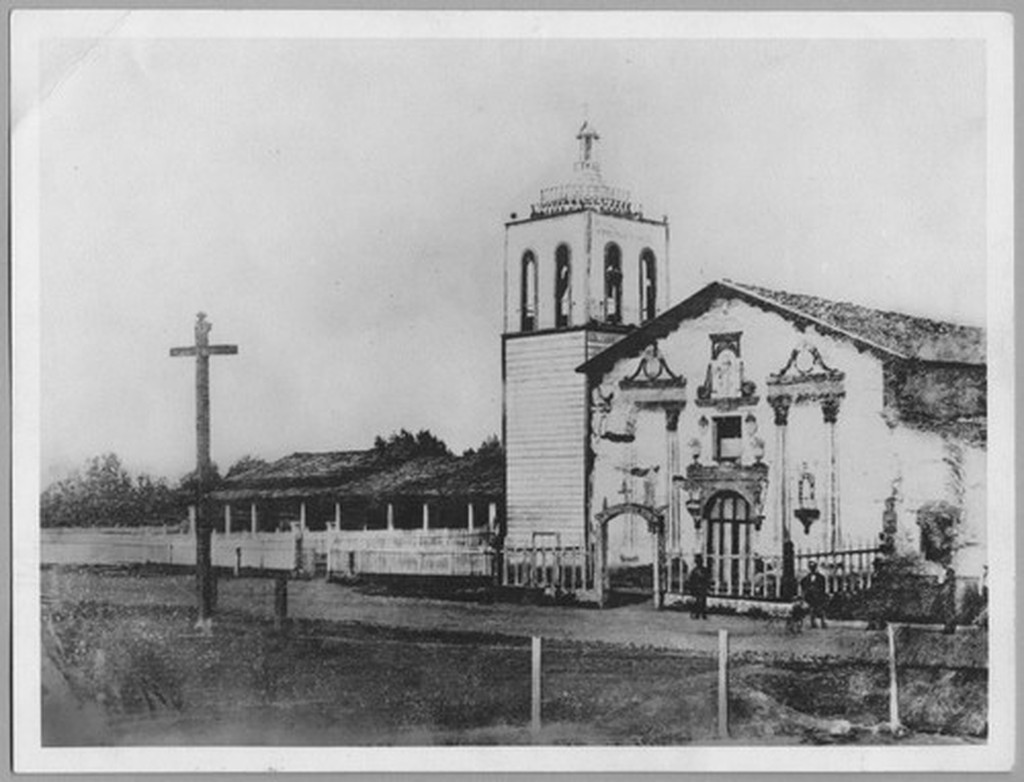 The Franciscan Fathers came to what is now known as Santa Clara Valley to establish the Mission of Santa Clara de Asis, the eighth of California's 21 missions, on January 12, 1777.

THE FRANCISCAN FATHERS came to what is now known as Santa Clara Valley to establish the Mission of Santa Clara de Asis, the eighth of California's 21 missions, on January 12, 1777.

The first three missions were destroyed due to flooding and earthquakes. The fourth, dedicated on August 11, 1825, saw 1500 Ohlone Indians — native to the Valley — converted to Christianity.

California was annexed by the United States during the Mexican-American War of 1846 and that marked the beginning of the hamlet of Santa Clara.

The College of Santa Clara was established a year after California became a state in 1851. That same year Samuel Johnson's pre-fab half and half house was built after being shipped around Cape Horn from Maine.

In 1852 Santa Clara was incorporated as a city, and buildings were springing up. F. C. Franck arrived in 1855 to work for Messing Saddlery until he took over the business eleven years later. He was elected to the State Assembly twice in the 1870s and to the Senate once in 1894.

In 1862 Santa Clara enacted a city charter and four years later began laying out streets in hopes it would grow. Much of this original layout can still be seen in the Old Quad district today, as this was the city's original downtown area.

The city's roots as a business center really started during this era. Pacific Manufacturing Co. started making windows and sashes in the 1870s and C. C. Morse bought his seed company in 1878. Both companies became the largest of their kind west of the Mississippi.

Growth was steady until the 1940s, based primarily on an orchard economy. World War II brought prosperity, and business, for the first time, was not tied to the seasons.

TODAY, SANTA CLARA is recognized around the world as the headquarters for some of the largest and most influential electronics companies. Although in some ways it hasn't strayed far from its roots. The Old Quad district remains virtually the same self-contained area it was when laid out in 1866. The downtown commercial area was demolished during an "urban renewal" phase in the 1960s. Roughly one quarter of Santa Clara's total population of almost 100,000 people lives in the Old Quad and surrounding areas.