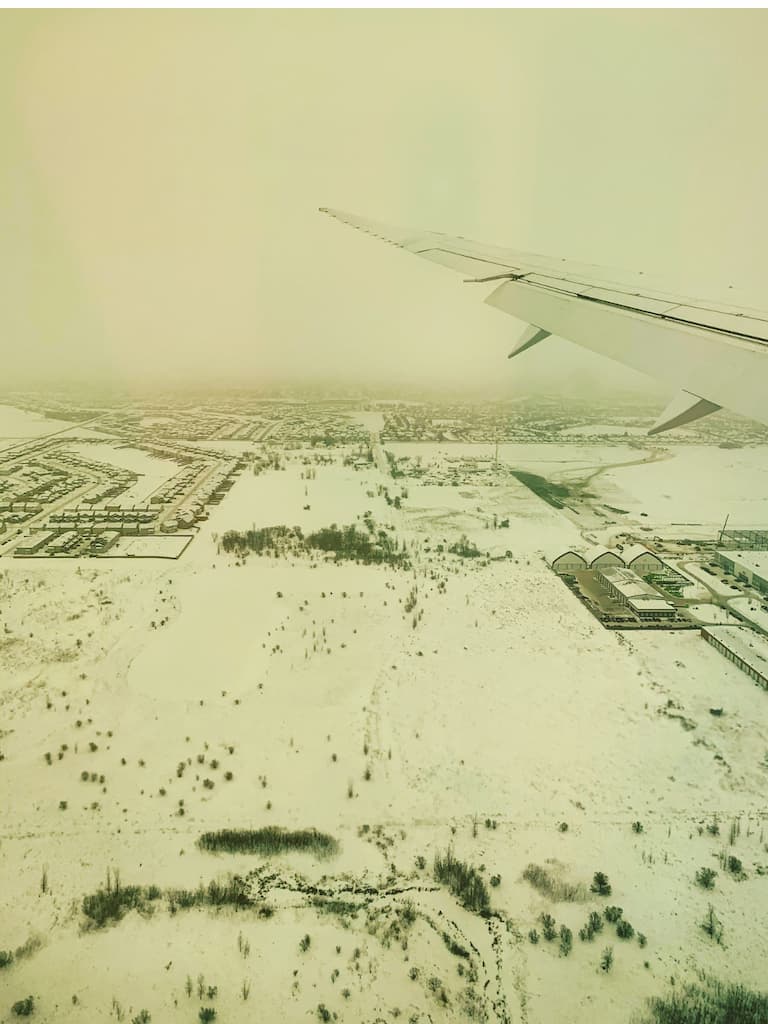 It wasn't exactly the weather I'd packed for.

It wasn't exactly the weather I'd packed for.

When we made an unannounced emergency landing onto a sudden runway surrounded by snow, the picture from the plane window was in total contrast with the beaches and blue skies of Mexico, where I was supposed to touch earth again. Grey skies, snow-covered ground, and de-icing vehicles were a shock to the system, and when the captain announced we had to stay overnight in Winnipeg, I couldn't hold it together anymore.

After four hours of non-stop screams and threats from a disruptive, drunk, and obviously high passenger who'd been strapped into his seat after getting physical with the cabin crew, an overnight stay in the snow, which I was unprepared for, in a country I'd never chosen to come to, felt like the last straw. There were tears.

Border control were refreshingly lovely, bagels, coffee, and fresh juice were provided as we waited to be shuttled to an airport hotel, and eventually the warmth of the famed (and true, as it turns out) Canadian hospitality began to rub off on my mood. Just another unexpected opportunity to adventure!

If I was there, I was damn well going to see something of Canada, and not sit brooding in my hotel room waiting for Fiasco Airlines to sort themselves out. Some quick Googling and a chat with reception helped me identify where to go, and soon I was chatting away about my awful disaster to a sympathetic taxi driver as he drove me towards the city.

(One of the less cool international news incidents I've personally experienced. Read the Daily Mail (if you can stomach it) on the incident: British cage fighter, 25, is jailed and fined £58,000 after hurling drunken abuse at staff and passengers causing his TUI flight from Gatwick to Mexico to be diverted to Canada where he attacked Mounties sent to arrest him)