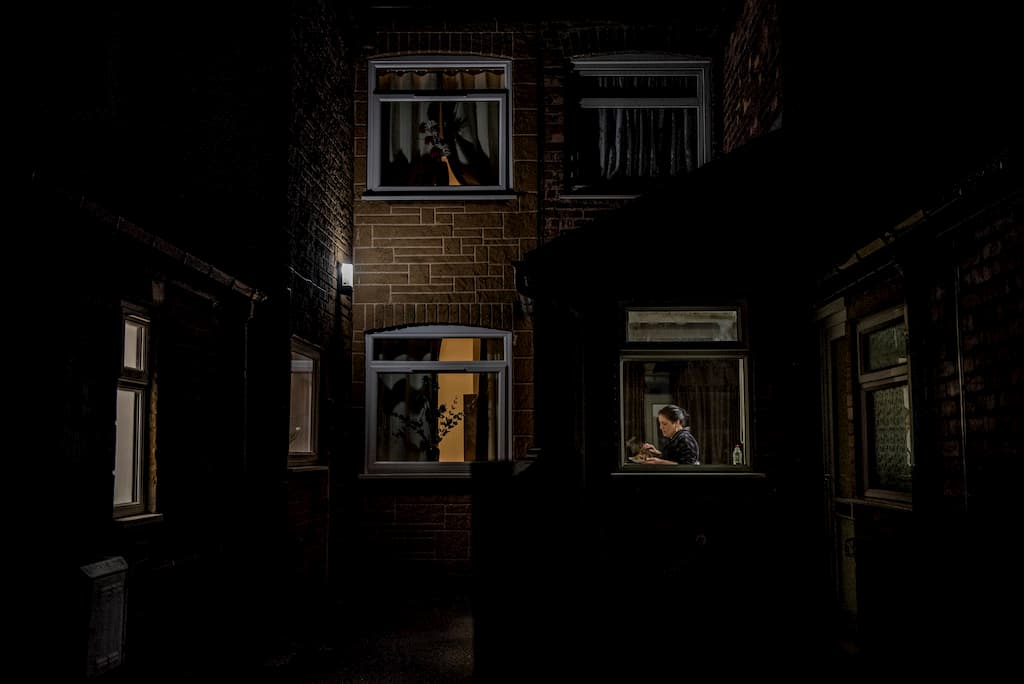 As Britain heads for an election, a Times reporter spent two weeks driving from London to Glasgow. He found a country united only by its disunity.

SHIREBROOK, England — There used to be a mine at the edge of this small town near the center of England. Now there is only a warehouse.

The mine provided coal that powered the country. The warehouse stores tracksuits.

The mine meant a job for life. The warehouse offers mostly temporary work for the lowest legal wage.

You work here, one worker told me in the drizzly parking lot last month, and you get treated like a monkey.

Shirebrook was the third stop of a 900-mile journey I made through Britain last month. I was trying to make sense of a splintered country in the run-up to the Dec. 12 general election. The outside world typically sees Britain through the affluence and cosmopolitanism of London, but other than one quick stop there, I went elsewhere, looking for people beyond the capital’s glare.

Homes originally built for mine workers in Shirebrook, England.

Everywhere I went, it felt as if the country were coming unbound. For all sorts of reasons, all sorts of people — Leavers and Remainers; blue- and white-collar; Jews and Muslims; English, Northern Irish, Scottish and Welsh — felt alienated and unmoored.

At times, I was reminded that electoral politics are far removed from many people’s priorities, which range from simply making a living to fighting global warming. “There’s no Brexit on a dead planet,” said Lauren McDonald, a Glasgow student who recently quit college to mobilize against climate change.

Again and again, though, people came back to the politics of nationalism, austerity and economic alienation. And in Shirebrook and beyond, the frustrations were rooted in Brexit.

Shirebrook has struggled to recover since the local mine closed in 1993.

The pit was “like the mother,” said Alan Gascoyne, center. “The mother sort of looked after everybody.”

Since the surrounding constituency was formed in 1950, its mostly working-class residents have always elected a Labour lawmaker.

Then came the 2016 Brexit referendum, in which seven in 10 local voters supported Britain’s departure from the European Union. Many are now furious that the country still hasn’t left.

“Every time you turn the television on, it’s all Brexit,” said Kevin Cann, a Shirebrook resident and former miner who voted to leave. “By now it should have been done, dusted.”

Prime Minister Boris Johnson, a pro-Brexit Conservative, hopes to turn his minority government into a majority by capitalizing on that frustration. For the first time ever, that could tip Shirebrook’s seat to the Conservatives, a party once detested in mining constituencies like this one.

The local warehouse is at the heart of this extraordinary shift, both in Shirebrook and across post-industrial England.

It was built in 2005 on the site of the town’s former coal pit. For years, the mine was the pride of Shirebrook — the reason the town was built in 1896. The work there was dangerous, but it provided secure jobs, fair salaries and pensions, as well as a sense of purpose and community.

The pit was “like the mother,” Mr. Gascoyne said. “The mother sort of looked after everybody.”

A birthday party at the Shirebrook Miners’ Welfare Social Club.

But the mine closed in 1993, amid a wider process of deindustrialization and privatization carried out by the same Conservative Party that Mr. Johnson now leads.

Twelve grim years later, it was physically replaced by the warehouse, but the emotional void remained. The warehouse provides more jobs than the mine did, but it is mostly low-paid work in humiliating conditions.

A worker gave birth in the warehouse and left the baby in a bathroom. Others were penalized for taking short breaks to drink water. A parliamentary inquiry found that the owners, Sports Direct, treated its workers “without dignity or respect.”

Most residents refused to work in such a degrading environment, so the jobs are largely taken by people from poorer parts of the European Union. In the local consciousness, the concept of regional decline then became fused with that of European immigration, instead of neoliberal economics.

“I looked at what was around me, and I looked at the dilution of wages — because Europeans are coming in,” said Franco Passarelli, the son of Italian immigrants, explaining why he voted to leave the European Union. “We’re only a small island, and if people keep coming in, basically the country is starting to implode.”

In a Brexit-less world, this town might still vote en masse for Labour. The party’s manifesto promises to raise the minimum wage and scrap the kinds of employment contracts used at the warehouse.

But all of this has been trumped by Brexit.

Before joining the European Union, Britain was “quite a wealthy country,” said Mr. Cann, the former miner. “Why can’t we be that again?”