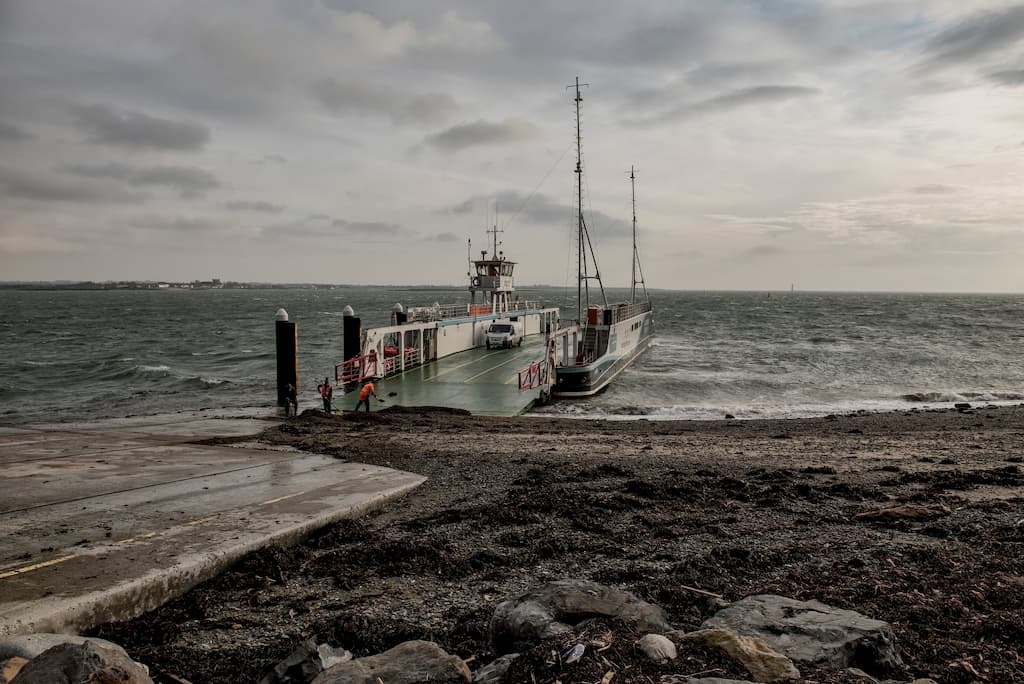 Part 5: The ferry slid from the Liverpool docks, past the red cranes and into the Irish Sea. Outside, the waves were gentle. In the canteen, passengers were seething.

The ferry slid from the Liverpool docks, past the red cranes and into the Irish Sea. Outside, the waves were gentle. In the canteen, passengers were seething.

Alan Kinney set aside his tuna salad to make his point. “It would be a big, big betrayal,” he said.

The cause of his anger was the sea itself: This stretch of water between two parts of the United Kingdom — Britain and Northern Ireland — has become the latest obstacle to Brexit.

During the last decades of the 20th century, nationalists in Northern Ireland unsuccessfully fought to reunite the territory, which remains under British control, with the Republic of Ireland, which won independence in 1922. Most paramilitaries put down their arms in 1998, after a peace deal opened the land border between northern and southern Ireland.

Alan Kinney, a member of the hard-line loyalist Orange Order, on a ferry crossing the Irish Sea.

To avoid enforcing post-Brexit customs checks on that land border, Mr. Johnson has effectively agreed to treat the entire island of Ireland as a single customs area. Customs checks will instead be enforced on goods crossing between Britain and Northern Ireland, in sea ferries like this one.

That might placate many Irish nationalists. But it has enraged the territory’s loyalists — Northern Irish residents, mainly from Protestant backgrounds, who want to remain within the United Kingdom. They feel the customs checks would create a reunified Ireland in all but name.

Mr. Kinney, a member of the Orange Order, a hard-line loyalist group, pulled a magazine from his bag.

“No to a sea border,” the centerfold read. “No to an economic united Ireland! No surrender!”

The next article was about Catholic pedophiles.

Three tables away, Tim McKee fortunately had not heard our conversation. A nationalist, Mr. McKee certainly did not want a land border. But a sea border was no good either: It might set off a violent backlash from loyalist paramilitaries. He feared a repeat of the 1970s, when he was nearly blown up by loyalist bomb.

Students in Newry, a border town in Northern Ireland.

A narrow stream marking the border between Northern Ireland and the Republic of Ireland.

“Johnson’s actions,” he whispered, “are going to kill my friends.”

The Prices were Protestants by birth. But forced to choose, they would prefer a sea border within the United Kingdom to a land border with Ireland.

Perhaps more surprisingly, both said Brexit had made them more supportive of Irish reunification. Though loyalist by background, they ultimately felt more attachment to Europe than Britain.

“I just feel,” said Mr. Price, a teacher, “that being a European is more important.”