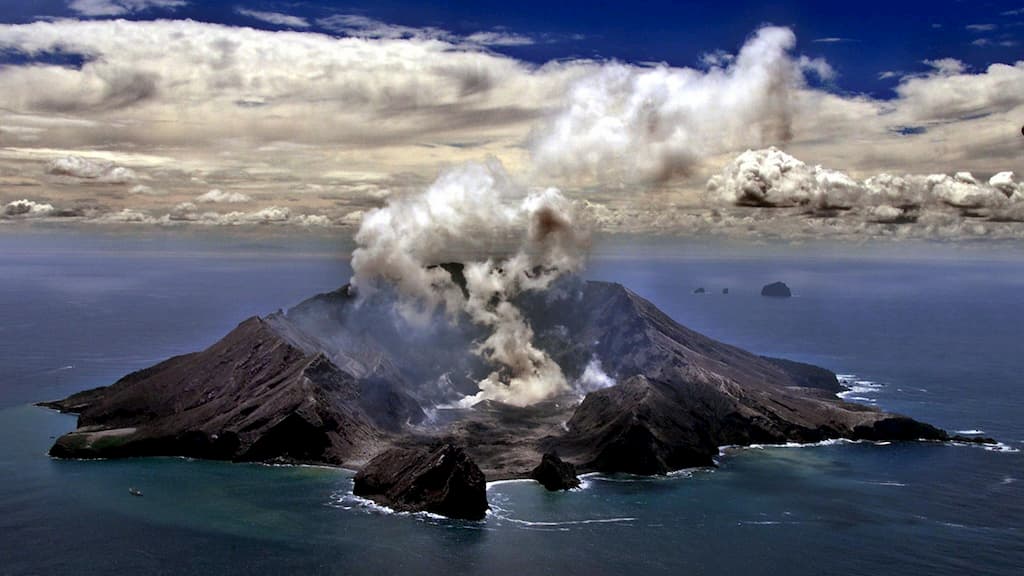 Five people have been confirmed dead, and more are missing, after the eruption on White Island, which is popular with tourists.

A volcano erupted on White Island off New Zealand on Monday. At least five people have been confirmed killed and 23 people, including the five dead, were evacuated.

At least five people have been confirmed killed after a volcano suddenly erupted on Monday on a popular island destination off the eastern coast of New Zealand on Monday, trapping dozens of tourists.

That toll is expected to rise. The New Zealand police said in a statement on Tuesday that “no signs of life have been seen at any point” on the island by reconnaissance flights made since the eruption. “Anyone who could have been taken from the island alive was rescued,” the police said.

Twenty-three people, including the five dead, were evacuated on Monday, said a New Zealand deputy police commissioner, John Tims. Officers said that more people were stranded on the island after the eruption.

Among the missing were about a dozen people who were seen on a webcam exploring the upper reaches of the volcano’s crater just before the eruption at 2:11 p.m. local time, Reuters reported.

Prime Minister Jacinda Ardern said that the tourists on White Island seemed to have little time to seek shelter before the “very significant” eruption occurred. “A number of people are reportedly injured,” she said.

The island, also known as Whakaari, is privately owned and is typically visited by thousands of tourists every year.

On Monday, enveloped in searing ash, White Island was too dangerous for emergency workers to reach, Mr. Tims told an afternoon news conference as he stood beside Ms. Ardern. He said there had been no communication with anyone still on the island. Ash and smoke made it difficult for cameras pointed toward the volcano to see anyone on the island.

“We know the urgency to go back to the island,” he told reporters.

After speaking to reporters, Ms. Ardern traveled to Whakatane, the town closest to the affected area.

“I know that there will be a huge amount of anxiety for those who had loved ones on the island at the time,” she said, adding she would not provide details on the victims.

“We don’t have full clarity at this point and you’ll understand why we’re loath to get into speculation.”

A view from a visitor’s boat moments after the eruption in the Bay of Plenty, off New Zealand’s northeast coast.

Tourists from a Royal Caribbean cruise ship were among those who visited the island on Monday, the company said, but the company did not say how many went or address their fate. Mr. Tims, the police commissioner, said the police were due to receive a list of those who had gone to the island.

A Royal Caribbean spokesman, Jonathon Fishman, said the company was “working together with local authorities, and providing all the help and care we can to our guests and their families, including offering medical resources and counseling.”

Australia’s prime minister, Scott Morrison, said in a tweet that “Australians have been caught up in this terrible event and we are working to determine their well-being.”

GeoNet, the agency that monitors geological activity in New Zealand, initially raised its volcanic alert level to four, on a scale where five represents a major eruption. The eruption was reported to have occurred at 2:11 p.m. local time. Several hours later, GeoNet lowered the alert level to three, noting there was no further escalation in volcanic activity.

Royal Caribbean Cruises did not say whether it had known of the warnings about the volcanic activity.

White Island is about 30 miles from New Zealand’s North Island. People who live along the coast of the Bay of Plenty, where White Island sits, messaged local news services reporting ash falling from the sky.

The police have established a no-fly zone around the island and warned people living near areas that might be affected by falling ash to remain indoors and listen to the radio or television for news updates.

Ash fall can contain jagged particles of abrasive rock or natural glass, and anyone exposed to it was advised to wear a dust mask or use a cloth handkerchief to cover their noses and mouths and wear goggles to protect their eyes. Ken Glairdhill from the research institute GNS Science likened the eruption to the volcano “clearing its throat,” and said that while it looked like it had quietened down, the authorities could not be certain there would not be another eruption within the next 24 hours.

The volcano is New Zealand’s most active, with 70 percent of the volcano under the sea. People were allowed to visit the island even after GeoNet had earlier issued bulletins warning of “moderate volcanic unrest” with “substantial gas, steam and mud bursts” observed at the crater lake.

“We’ve issued two or three bulletins in the last few weeks about the increase in activity,” Brad Scott, a GeoNet volcanologist, said in an interview.

He said that even though the volcano has been erupting since 2011, tourists have been undeterred, with visits to the island dating back to the late 1800s.

He said the agency passed its information on the volcano’s activity to tour operators and the police, but tourists make their own decisions about whether to visit the island.

“The weather has traditionally been the only thing that has stopped visitors,” he said, noting that the volcano sits in the open ocean and people wanting to reach it have to contend with rough waters to make the journey.

The last time there was a large number of fatalities on White Island had nothing to do with a volcanic eruption. In 1914, part of a crater wall collapsed, causing a landslide and killing 10 men mining sulfur.