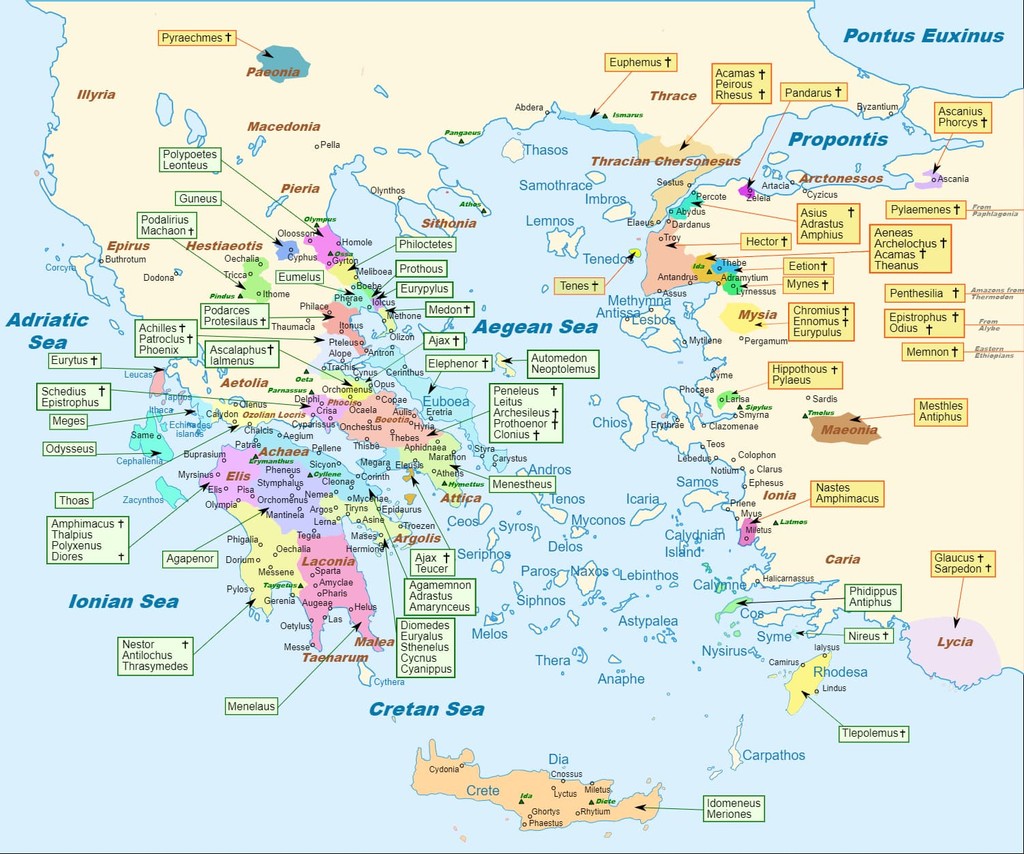 In Greek mythology, Agamemnon /æɡəˈmɛmnɒn/ (Greek: Ἀγαμέμνων, Ἀgamémnōn) was a king of Mycenae, the son, or grandson, of King Atreus and Queen Aerope of Mycenae, the brother of Menelaus, the husband of Clytemnestra and the father of Iphigenia, Electra or Laodike (Λαοδίκη), Orestes and Chrysothemis. Legends make him the king of Mycenae or Argos, thought to be different names for the same area. When Menelaus's wife, Helen, was taken to Troy by Paris, Agamemnon commanded the united Greek armed forces in the ensuing Trojan War.