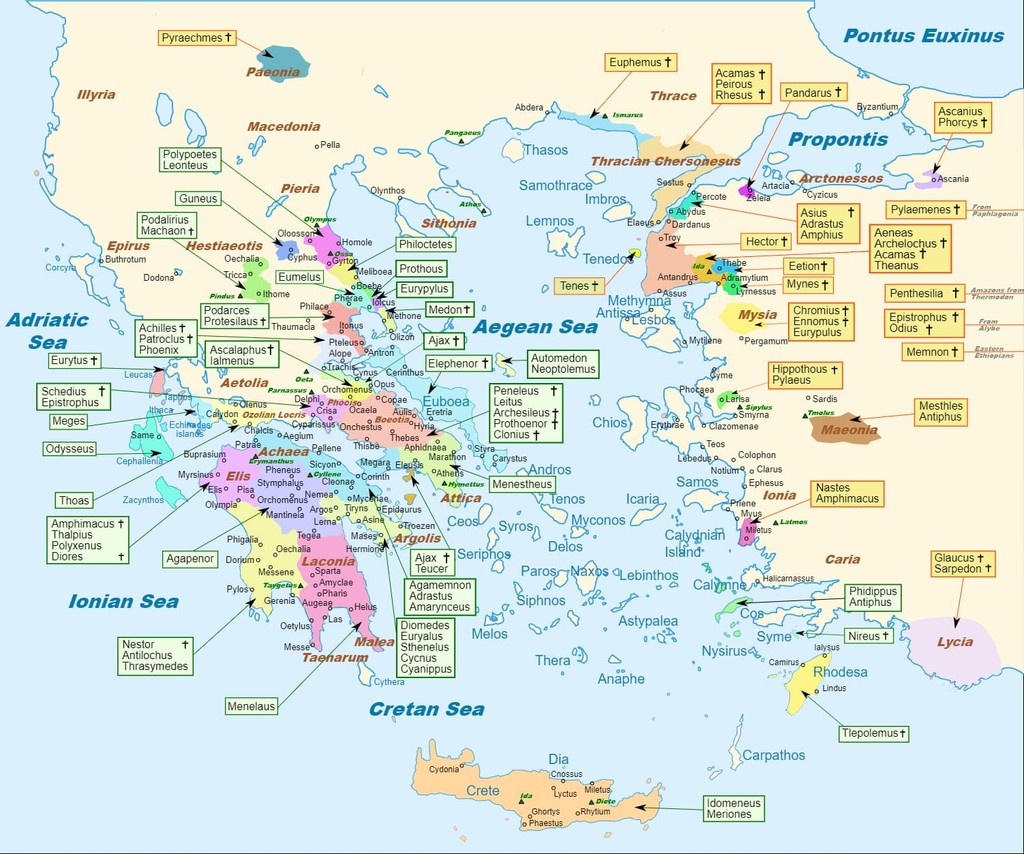 Scylla and Charybdis were mythical sea monsters noted by Homer; Greek mythology sited them on opposite sides of the Strait of Messina between Sicily and Calabria, on the Italian mainland. Scylla was rationalized as a rock shoal (described as a six-headed sea monster) on the Calabrian side of the strait and Charybdis was a whirlpool off the coast of Sicily. They were regarded as maritime hazards located close enough to each other that they posed an inescapable threat to passing sailors; avoiding Charybdis meant passing too close to Scylla and vice versa. According to Homer's account, Odysseus was advised to pass by Scylla and lose only a few sailors, rather than risk the loss of his entire ship in the whirlpool.