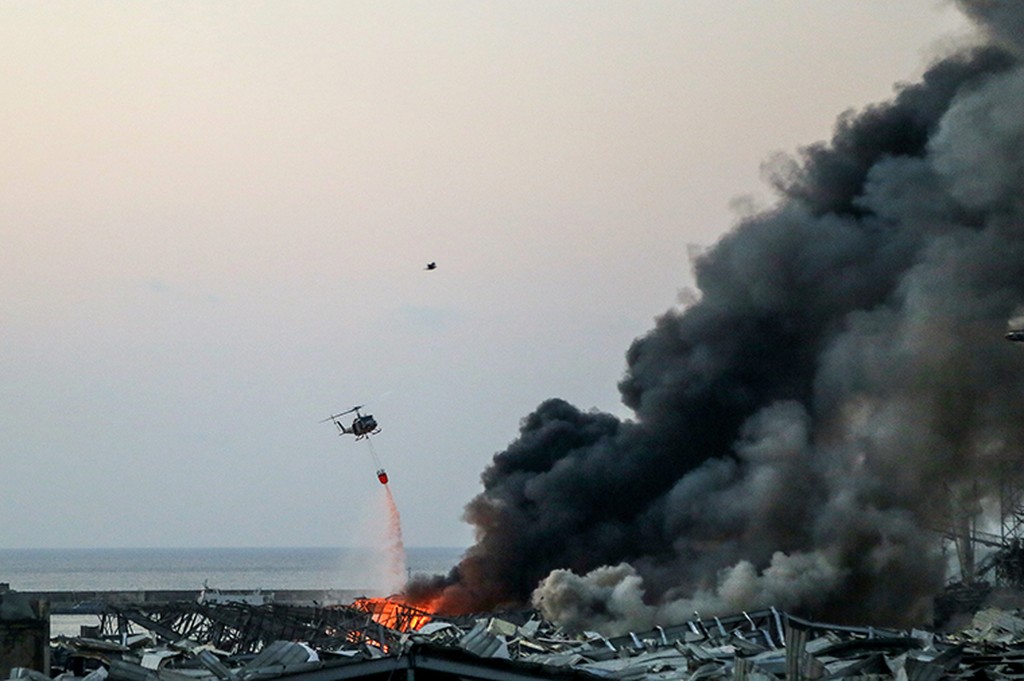 A huge explosion in a port warehouse district near the center of Beirut killed more than 25 people, injured over 2,500 others and sent shockwaves across the Lebanese capital on Tuesday, shattering windows and causing apartment balconies to collapse.

A massive explosion ripped through central Beirut on Tuesday, injuring hundreds of people and blowing out windows in buildings across the city. The blast near the port in the Lebanese capital sent up a huge mushroom cloud-shaped shockwave, flipping over cars and damaging buildings miles away.